Austin Russell, the 26-year-old CEO of lidar maker Luminar, folds his lanky six-foot, four-inch frame into the back of a Toyota RAV4 and declares with giddy enthusiasm: “This is our first live demo!”

It may seem late in the game for a public demo, especially for a company that was founded in 2012 and recently went public via a $3.4 billion SPAC deal. There will be an even longer wait for those who want to see Luminar’s Iris lidar sensors in action: series production of Volvo vehicles with the company’s laser sensors embedded in the roof is not scheduled to begin until late 2022.

“This is our first live demo!”

But on a rainy day in Manhattan, Russell is clearly excited to show off what Iris can do. He is in New York City for an event they’re calling “Studio Day” — a chance to show off not only the test vehicle we’re currently riding in, but also a few concepts of other lidar-powered vehicles, including a robotaxi and semi-trailer truck.

Lidar, a key ingredient in autonomous driving, is a laser sensor that uses near-infrared light to detect the shapes of objects. This helps autonomous vehicles “see” other road users like cars, pedestrians, and cyclists, all without the help of GPS or a network connection.

As the RAV4 bumps along through midtown Manhattan, those shapes can be viewed on two flat-screen monitors attached to the back of the front seat headrests, amorphous blobs rendered in colorful hues of orange, yellow, blue, green, and purple. We see the outline of a man walking along the sidewalk, cars passing on the road, and approaching traffic lights. A few clicks on a mobile keyboard enhances the resolution and we can even see the door handles on the rows of parked cars.

Existing active safety systems in cars, like pedestrian avoidance and blindspot detection, “are actually surprisingly bad,” Russell says. He believes that’s because automakers tend to favor testing their systems under unrealistically perfect conditions, like on sunny days with completely static objects. Cars that come equipped with Luminar’s lidar will be able to more reliably spot vulnerable road users and prevent crashes from ever occurring, he says.

Luminar’s lidar uses unusually long waves of laser light, 1,550 nanometers versus the typical 905nm, which helps spot even small and low-reflective objects — dark-colored cars, animals, a child darting into the street — at a range beyond 250 meters, and up to 500 meters for larger, brighter objects. Russell said the lidar’s resolution amounts to “300 points per square degree,” but acknowledges that “there’s no good standard of measuring lidar resolutions.”

To be sure, the RAV4 is being driven by a human and is not operating autonomously. The lidar perched on the roof of the vehicle is just to demonstrate Luminar’s sensing capabilities. And while Luminar also plans to sell the software that powers autonomous vehicles, the company is not ready to demonstrate that publicly.

What Luminar is ready to show off is its “blueprint” for how it will integrate its sensors into a variety of semi-autonomous and fully autonomous vehicles, which it is calling “Blade.” Gone are the days of the old “spinning Kentucky Fried Chicken buckets,” as an older version of lidar was once famously described. Luminar’s lidar sensors are smaller, sleeker, and — crucially for the viability of Luminar’s business — cheaper to manufacture.

On the RAV4, the lidar was almost flush with the roof, with a strip of gleaming gold peaking out. The system incorporates a single laser and receiver. Luminar builds all of its own components and software in-house, including its eighth-generation ASIC chip controllers.

Russell says Luminar plans to eventually sell its lidar to its customers for $1,000, with the goal of getting that number down to $500. This would represent a steep drop from many first-generation lidar sensors, which would typically sell for tens of thousands of dollars.

The company is burning a lot of cash to get there: Luminar reported revenue of $5.3 million and a net loss of $75.9 million in the first quarter of 2021. The company says it hit a milestone during the quarter with the production of the first Iris lidars, and expects to hit the C-sample phase, the third level of prototype functionality, by the end of the year.

Luminar plans to eventually sell its lidar to its customers for $1,000, with the goal of getting that number down to $500

When they’re finally ready to go into production, Luminar has secured commitments from a number of companies to purchase its lidars. In addition to Volvo, the company has struck deals with Audi, Toyota Research Institute, Intel’s Mobileye, Daimler trucks, Airbus, and two Chinese companies: automaker SAIC and AV operator Pony.ai. Luminar may even have a partnership with Tesla, despite Elon Musk’s vocal derision of lidar as a “crutch” and a “fool’s errand.”

While those companies will determine how best to utilize Luminar’s sensors, the company has some ideas of its own. Passenger vehicles, like the ones Volvo plans to start producing in 2022, will have just one lidar mounted on the roof, right above the windshield, providing a 120-degree field of view.

Robotaxis will need a wider field of vision, so they will likely have four lidars, which Luminar envisions embedded in a gold band that encircles the vehicle like a shimmering crown. Semi-trailer trucks can get by more of tiara-type setup, with one lidar facing outward and two mounted on either side to help with highway merging.

“Any vehicle you’re going to design from the ground up for later this decade needs to start today,” Russell said.

As it relates to Tesla, Russell declined to specify the nature of the relationship with Musk’s company, citing “customer confidentiality.” He did note that Luminar sells its older Hydra lidar units to some customers doing “testing, development... data collection, [and] benchmarking.”

For better or worse, Elon Musk has driven the conversation on automated driving. His aforementioned criticism of lidar has made it more difficult for Luminar to convince automakers that the laser sensor should be considered as a valuable component of the vehicle of the future.

“It casts a lot of doubt originally,” Russell says, “because you’re like, ‘Okay, well, this guy is right on a lot of things. Why wouldn’t it be right on something like this?’”

Russell calls Tesla’s advanced driver assist systems “best in class,” but argues that the company has “dug itself into a really deep hole” by erroneously calling its latest version of Autopilot “Full Self-Driving.” When the company inevitably falls short on delivering that promise of full autonomy, Tesla won’t be able to realistically retrofit every car it has ever sold with new hardware, like lidar. And the rest of the auto industry, which is less lidar-skeptical than Musk, could be well positioned to capitalize on Tesla’s mistake.

“I think this is one of the few areas that other automakers have actually had an opportunity to leapfrog Tesla,” Russell said.

Still, Russell calls himself the “chief autonomous industry skeptic” and agrees when I ask him whether anyone promising Level 5 capabilities — the ability to drive anywhere, under any circumstance — should be laughed out of the business. Autonomous vehicles are coming, just not as soon as was originally promised.

That’s because the industry was operating under the assumption that lidar would always be prohibitively expensive, with companies needing to amortize the cost by ferrying passengers. Luminar is out to prove that the sensors can be produced cheaply enough to include in passenger vehicles. It will be an immense challenge, but Russell is convinced it’s possible.

“I think there’s going to be an evolution, not a revolution, to robotaxis,” he said, “and this represents that midpoint.” 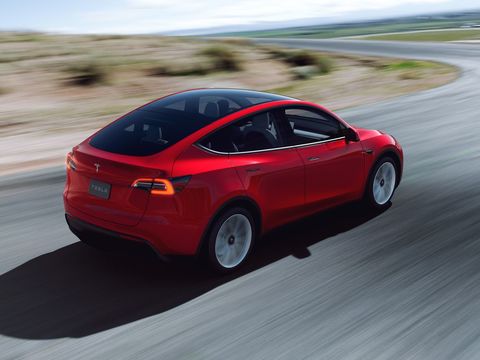 Tesla finally made a profit without the help of emission credits 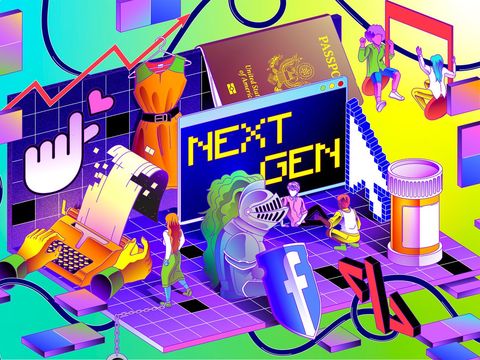 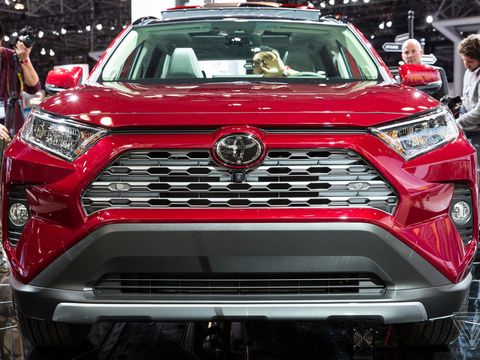 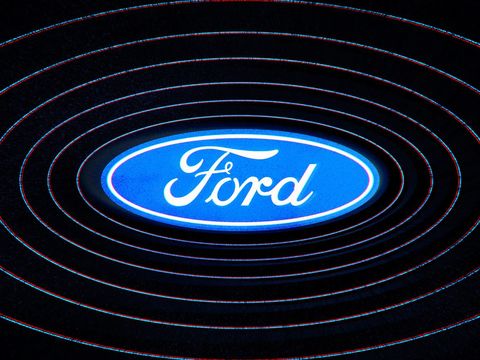 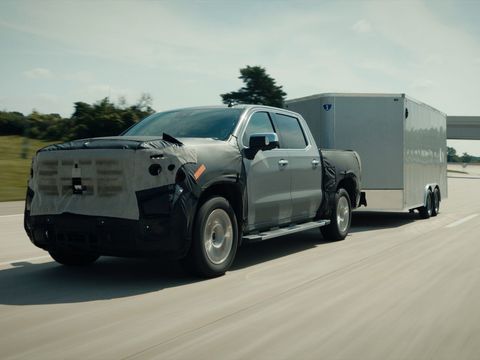